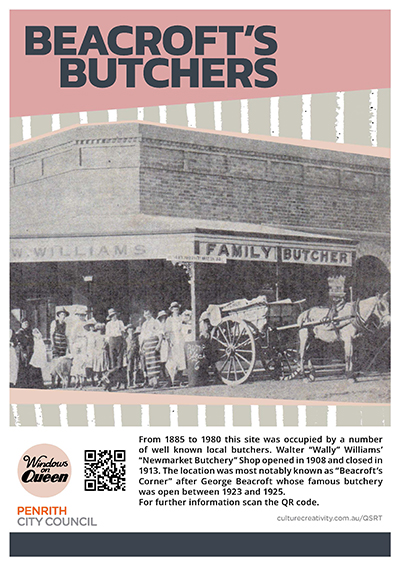 Walter “Wally” Williams’ “Newmarket Butchery” Shop opened in 1908 and closed in 1913.The location was most notably known as “Beacroft’s Corner” by George Beacroft whose famous butchery was open between 1923 and 1925. 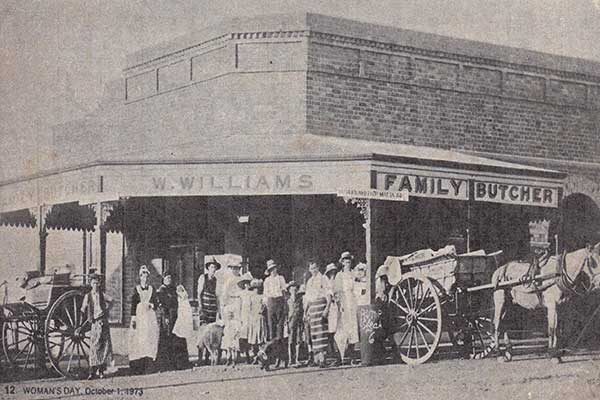 An early 1885 map showed a weatherboard dwelling on this site occupied by a butcher. In 1903, James Hope bought the property and for two years John Giles a St Marys’ builder built a brick shop.

The shop was leased to Walter Williams who in 1908 opened “Newmarket Butchery” naming it after the nearby cattle saleyards out along the Mamre Road.

From the day it opened until the day it closed it was always a butcher’s shop for 75 years and was the only business in St Marys to have had the distinction of serving continuously to over three generations of St Marys citizens, a record for what was for a very long time just a small country town.

Williams remained for five years. Charles Adams took over for a year, then Timmins’ Butchers in 1923, George Beacroft until 1925, Fred Bull until 1926, William Everingham until 1928 and Charles Unicombe until 1936 when it was sold back to family Beacroft who became longest serving butcher of 38 years after closing in June 1980 after the eight shops in this block were modernised. 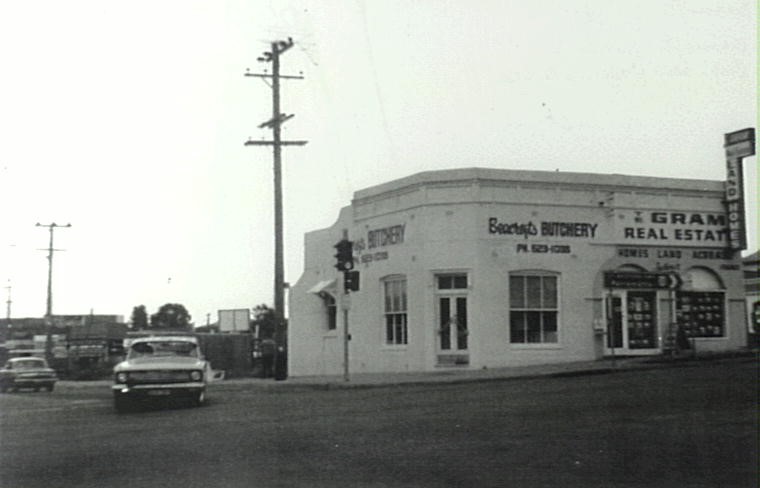 Lyn is divorced and a great grandmother of four. She has researched local history since the 1970’s and she is a contributor of the History Page in the local Nepean News. Lyn was a Secretary of the first St Marys Historical Society and currently a Research Officer & Vice-President. She is also a member of Encore Historical Sewing Group at St Marys Corner. Lyn has researched and self-published several books on local history, it is the area where she feels at home and where she can research her earlier family and community connections. 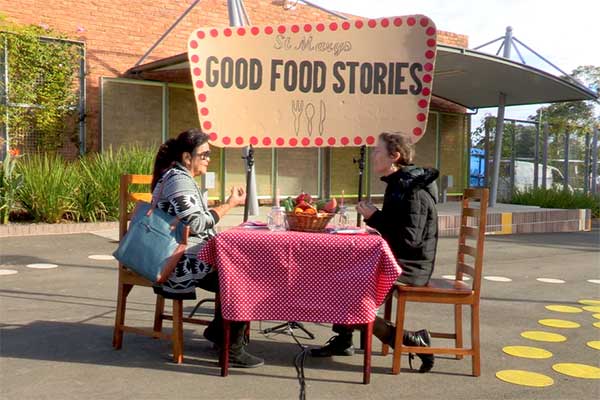 Leigh Bramall and Peta Khan work together as video artists and documentarians for the media collective Maitree House. 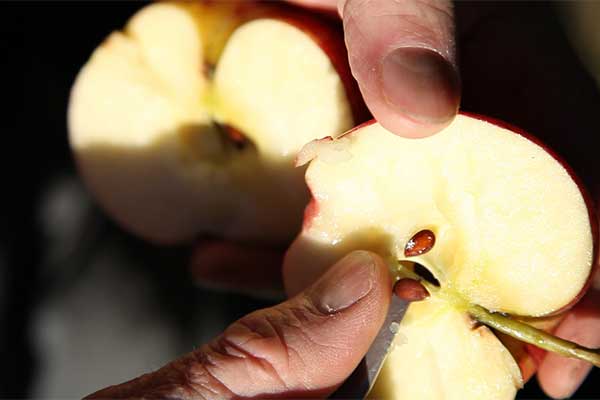 David Ryan - I am a seed

My practice is located where art, nature and technology intersect. 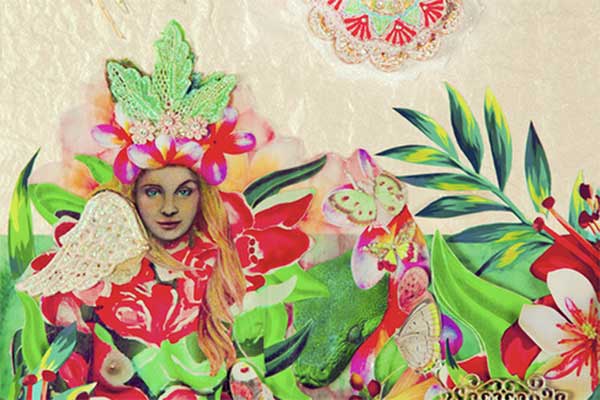 Influenced by Surrealism and art as therapy Patricia attempts to communicate a convergence of the physical and metaphysical world through a juxtaposition of iconic images set in imaginary landscapes. 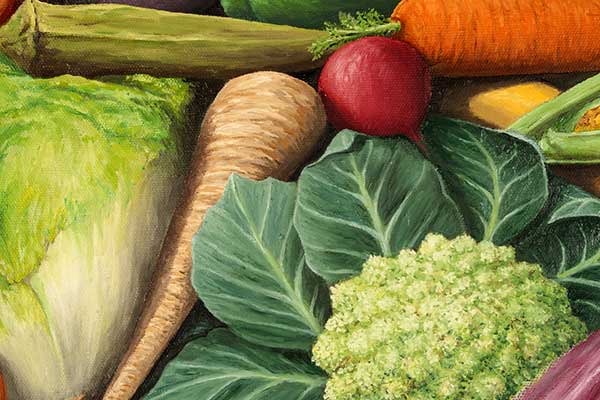 Zennil was born in England and now lives in the Blue Mountains, NSW. Zennil is a student artist currently studying the Advanced Diploma of Visual Arts at the Western Sydney Institute, TAFE. 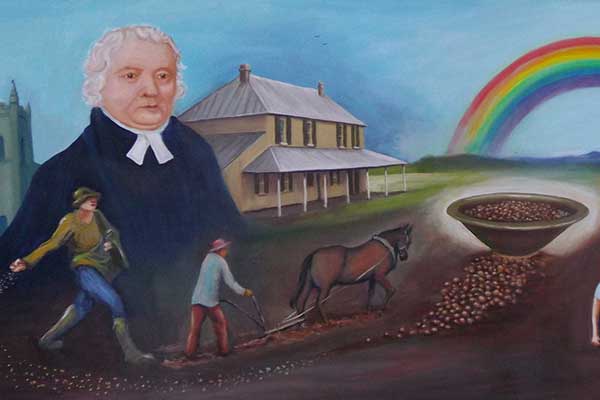 Phillip Cheaffey was born in Sydney in 1950. As a boy he loved to draw and paint as well as model small sculptures with clay dug out of the ground. 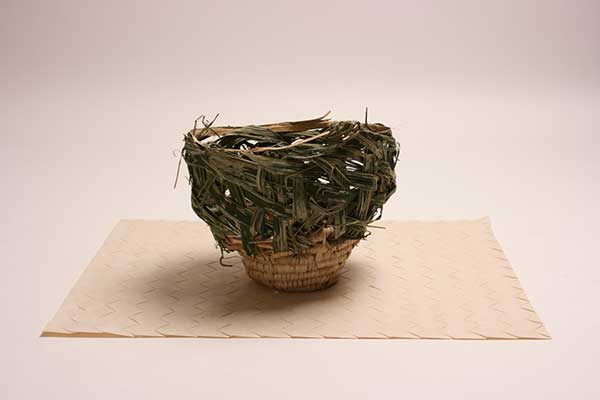 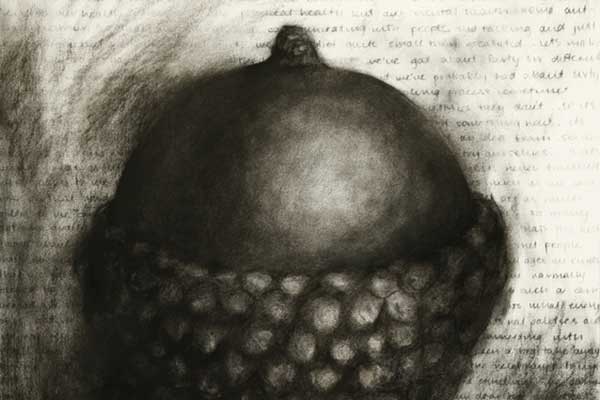 Annette Bukovinsky is an emerging artist who lives and works in Sydney, NSW. 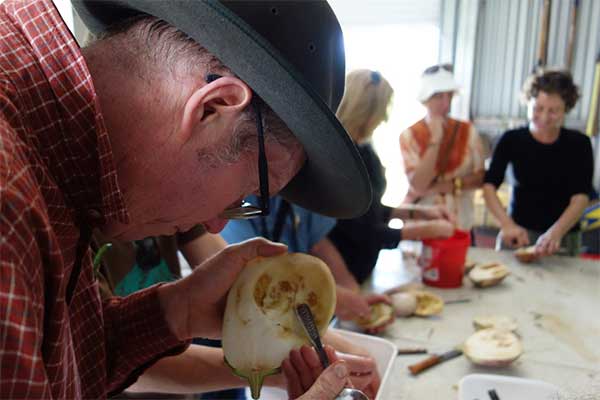 The long term health of food systems is a critical indicator of community vitality and sustainability. A sensible way to support and revitalise community is to raise awareness of importance of local food economy and basic practices of sustainability.