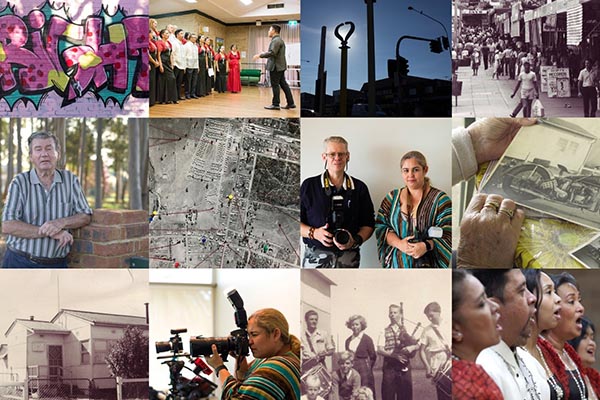 It is presented through five short video stories and a number of poetic minute-long video snippets that reveal history of the place and cultural diversity of St Marys.

I am interested in the collection of signatures from people who live in the area as representation of ownership and identity.

Over several months of research, location visits and meetings with over forty local residents Denis has developed an inventive artist’s proposal which in a subtle way promotes the identity of the local community. Using interviews and documentary video forms and blending them with archival material supplied by the community, the artist has carefully collected and creatively translated unique local signatures, symbols and stories that speak about Queen Street St Marys.

A number of recording sessions have been arranged around Queen Street – in private residents houses, the neighbourhoods which preserve fibro houses and cottages from the WWII period, the 50’s and recent public housing surrounding Queen Street and at St Marys Corner.

These visits are presented in three Recollections works, treasured childhood memories told by local residents about growing up in and around the duration cottages in St Marys.

As part of the project I spent some time with the historic society, where I was introduced to some of the rich history of the area. From these discussions emerged the Recollections works, a series of conversational videos that look at the lived history of the duration cottages around the area.

These recollections do not stand as authoritative works on the history of such dwellings, rather they simply allow members of the community to share and document what life was like growing up in the cottages.

Furthermore the recollection videos also quietly reflect how these temporal dwellings have evolved into a long term permanent fixture of the community and in doing so have become emblematic of a particular post war time in the area’s history.

Spending time on Queen Street I was also inspired by the multicultural aspect of the area. Seeing people from all around the world raised the question of how past and personal cultural histories coexist with the history of a site? Using this as a point of departure I began to imagine what people were thinking of when they walked the streets? What language or languages filled their thoughts and memories as they navigated Queen Street? From this emerged the Songs from my homeland (community rendezvous exercise), where members of the community were invited to share a song from their home land in their native language.

Community Rendezvous Series, minute long recordings of residents singing and poetry reading in different languages was created through an open community call - Do you have a memory, poem or song you would like to share with us in your own language?

These songs are private moments that have been shared and rendered public. In doing so they provide an opportunity to gain a small, selective and intimate insight into the complexity of contemporary Australia. Another version of an ever changing temporal skin.

St Marys Corner is delighted to have Denis Beaubois as a creative producer behind Queen Street Riches and Textures 2017. His practice has been driven by ideas and community engagement processes rather than the medium he used. In a larger context, the videos produced for A Temporal Skin, Queen Street suggest and observe Queen Street in a fluid perspective to both time and place, the history and location.

We also thank TAFE Western Sydney Institute Nepean Arts and Design Centre for technical support in mentorship and productive collaboration with a number of community organisations and over forty local residents in making this year’s project happen. 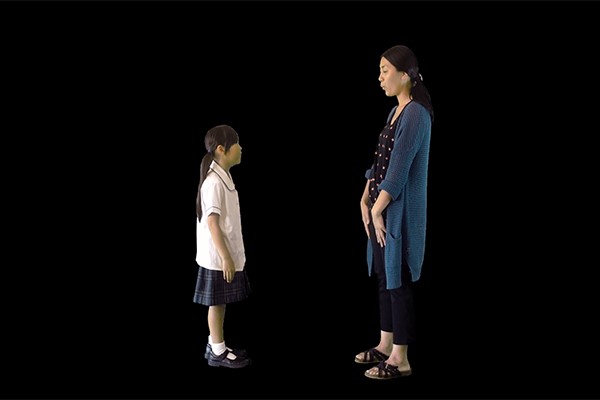 Back to QSRT 2017 - A Temporal Skin St Marys Project